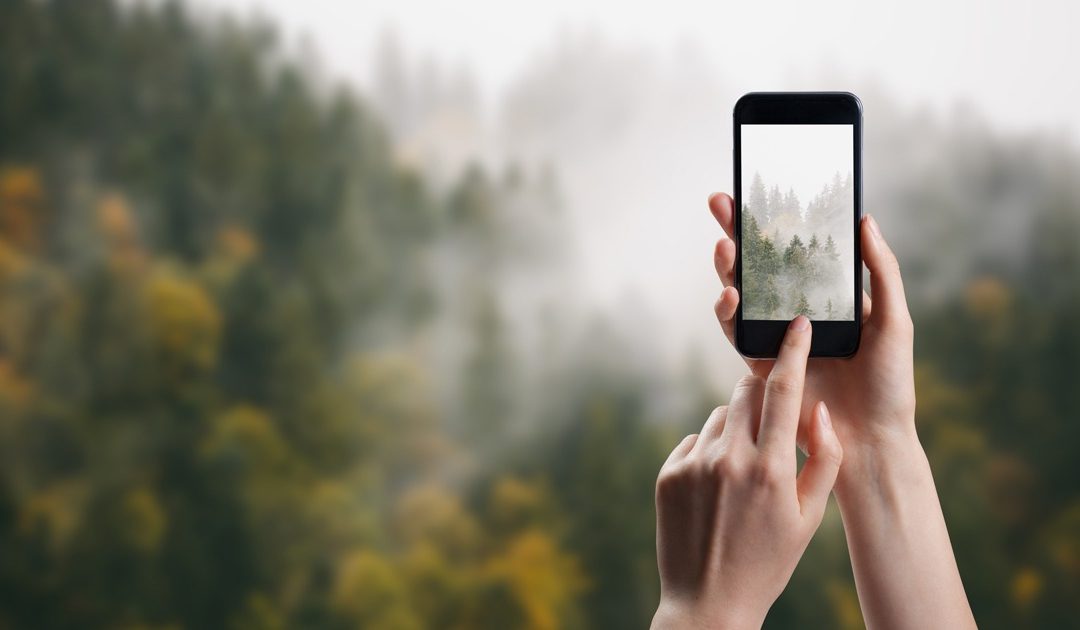 Smartphone photography or whatever you want to call it, is becoming very popular with small business owners and blog writers. Taking great photos no longer requires complex equipment. It is now possible to take a great picture with a smartphone, with a few tips and tricks from the experts.

It is not necessarily true that any old photo can be made to look nice with a photography app. It’s sort of true, but at best they can make bland photos look somewhat interesting. That’s not what you want – you want control over how your images look, and that’s what apps should help you do.

The first thing you’ll need is an app that helps you control the focus and exposure of your camera. Basically, any smartphone with a full-featured manual or pro mode will, but even if your handset doesn’t have a built-in option you’re not out of luck.

There are plenty of apps out there that will allow you to control both, like Open Camera or HD Camera Ultra for Android. That’s what you’ll need as a good starting point for taking good photos. After all, if you can’t control your exposure or where your camera focuses, you might as well give up and buy a proper camera.

The next set of apps you’ll want are the ones that will allow you to control basic things like contrast, white balance, color saturation, and brightness. Most photos straight out of the camera are flat, so you’ll want apps like Snapseed or Photoshop Express to fine-tune them.

Here is a list of apps you should start with if you’re on the iPhone or Android.

1. Use your camera’s software

This might seem like a no-brainer, but you’d be surprised at just what a smartphone camera can do.

Perhaps you’re familiar with some of the basic operations, like switching between the camera and video modes, or turning your flash on and off, or putting it on auto. But did you know that your camera likely has some scene modes, too? Or panorama, HDR, and bokeh features?

Don’t be afraid to tinker with your iPhone or Android device’s camera. It has plenty of memory for photos, so you can play with the different features, effects, and settings and snap lots of photos. Soon, you’ll know your way around the camera software like it’s second nature. And that’s exactly what it should become – you don’t want to miss any moments because you’re busy fumbling with your camera’s settings.

This might sound boring, but learning the basics is tried and true. There are plenty of resources out there for this, but here are a few things to keep in mind.

First, we’ll start with the rule of thirds. If you’re just starting out, think of it as a hard rule before you start breaking it. With the rule of thirds, imagine a grid of lines on your smartphone’s display, dividing it into thirds both horizontally and vertically. In fact, most smartphones come with an option to display that very grid.

With the grid up, try placing your subjects along those lines or at the points where the lines intersect. It will make the photos much more interesting than being smack dab in the middle of your frame. You can do this with subjects like lighthouses, people, flowers and everything else. But it’s also a good idea to do this with your horizon lines, too, so that your horizon never cuts through the center of your frame.

Once you get into the habit of following the rule of thirds, you’ll start to have a better sense of a photo’s balance. When you’re at the stage where you think you’re getting the hang of it, start breaking the rule and see what works and what doesn’t.

3. Look for the light

Good light is the kind of light that gives a scene shape, depth, and makes things look interesting. Generally, shooting indoors with artificial light or outdoors midday or with overcast skies is bad, flat, and boring light. You’ll know flat light when you see it – there are few shadows if any, and everything looks evenly lit.

Look for light with some kind of direction and color. This type of light happens naturally just before sunrise and at sunset. Alternatively, window light is great because it has direction and it’s often soft and a little diffuse, so it’s not harsh on your subjects.

Good light is especially important in mobile photography because you can’t create much more interest with different focal lengths and varying depth of field. You’re stuck with one focal length, and one aperture setting. It’s a very good exercise in shooting light and finding a good composition.

4. Watch for an interesting moment

Say you’re at a beautiful location, the light is gorgeous, and everything is ripe for a great photo. But nothing’s happening. It’s like looking through your Instagram or Facebook feed: there are hundreds of sunset photos with nothing but just sunsets. That’s it.

Instead, find something to complement the scene if you can. Maybe it’s just someone walking by. Wait until the shape of the walking person balances the photo and is at peak action, then snap away.

Sometimes, there are no moments. Nothing is happening. There’s no one around, and it’s just a pretty scene. It won’t hurt to take the photo. Do that and keep it for yourself or share it with close people and tell a story along with it.

But if you really want to get the good stuff, find a good moment. Maybe it’s people peacefully relaxing in the park – sleeping, eating, chatting, reading. Or maybe it’s a flock of birds disturbed by a passer-by, or a quarrel on the street (just be safe). Keep your eyes open for movement and always try to find some way to balance the photo compositionally.

Without moments, you’re probably just shooting still life most of the time. It’s too easy, and we can all agree that there are more than enough food photos on Facebook, Twitter, and Instagram these days.

What does it mean when a photographer tells you to work the scene? It means almost that – work it! Don’t just stand there, compose and snap one photo and move along. Maybe a better shot will come along in a minute, or in five minutes.

Or perhaps you’d get a better photo of your subject by standing closer, or further away. Maybe the photo would look better from a lower angle, or a higher one. Or you can compose the same scene in a different way or three different ways.

Taking a good photo means giving it some thought. Otherwise, you’re just taking snapshots, and unless you get really lucky, your chances of getting a good photo that way are slim.

Don’t be afraid to take many photos. You can always delete them later, and you have plenty of memory on your smartphone. When you see something that really catches your eye, work that scene. And if there is a moment about to happen, shoot through it. That means keep shooting photos until the moment is over, then pick the best one.

In fact, many smartphones now have excellent burst modes that can capture dozens of photos in a matter of seconds. Use it!

You can’t expect to practice the piano once a week and play a Chopin Etude by the end of the year. At least, most of us wouldn’t be able to do that. And it’s the same with photography. If you only take photos once in a blue moon, it’s going to take you a very long time before you can start taking photos that impress your friends.

Try shooting a little every day. If you’re lacking inspiration some days, shoot anyway. Shoot what’s in front of you, even if it could end up being another dreaded food photo. Why not try to make it look more interesting than the clichéd straight-down-from-the-top photo that has become the norm these days? Find a better angle, shoot it macro, just make it interesting.

And that’s what you’ll end up doing most of the time. Unless you’re out on the hunt for the perfect light, interesting settings, and great moments, you’re going to be forced to turn mundane, everyday objects and scenes into something interesting.

If you can make your friends and family say, “Wow, I’ve never seen it that way before,” then you’re doing something right. You’re being creative, rather than just a passive observer documenting what he or she sees without a second thought.

That’s it! Now go out there and impress us all.